Djime is an experimental electronic collective from Seattle, WA. 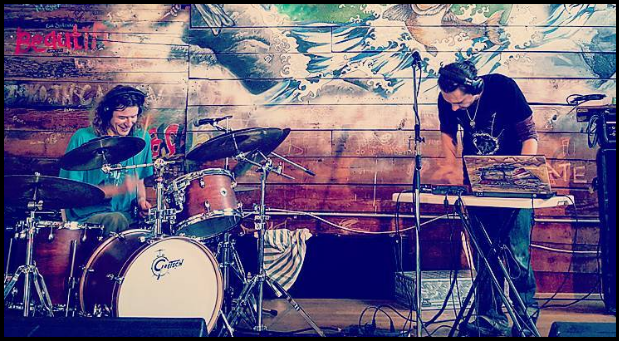 https://www.youtube.com/watch?v=JFEI_VO3Wz4
In support of the new album Djime has also released a music video on youtube for their track called “Untitled @190 v2.1“. The video is an abstract mesh of contrast and pulsing intensity that accompany Djime’s already striking music, like falling into a mind’s eye that conjures a digital octopus dream.

James and Ian met at a local Seattle open mic. Their mutual interest for weird and alternative music lead them to joint songwriting sessions, and ultimately working together as a duo in January 2016. Djime’s music celebrates being strange and thinking differently, about having an independent mind, and listening to what the universe has to say.

Ian and James are both lifelong sound experimenters and noise makers, but each have their own respective educational background as well. Reaching deep into a pool of musical influences has helped them to bring out vibes from staples like 90s alternative rock & grunge to more recent post rock & punk, but also genres like EDM, IDM, electronic house and drum & bass, bebop & avant-garde jazz, breakbeats & hip hop, progressive rock and more. This unique blend of live percussion and experimental attitude toward electronic music is what gives Djime their energy and style.